A day in the shoes of a true musher on the slopes of La Grande Odyssée Savoie Mont Blanc. The Children’s Odyssey takes place in partnership with Praz de Lys Sommand and Jacques Brel College in Taninges and André Corbet College in Samoëns.

During the Praz-de-Lys Sommand stage of La Grande Odyssée Savoie Mont Blanc, the children of the Giffre mountains turn into competitive mushers.

The Children’s Odyssey is a race entirely dedicated to children. It is the result of a partnership between the Tourist Office of the Praz de Lys Sommand resort, the Jacques Brel middle school in Taninges, the André Corbet middle school in Samoëns and the French Sled Sports Federation.

Thus, for a day, the children will evolve under the same conditions as the mushers participating in the official Praz de Lys Sommand stage: same infrastructure, same start and finish sites, speaker and many spectators.

Twenty-one young mushers from Jacques Brel college in Taninges and André Corbet college in Samoëns, previously selected and trained by professional mushers, will participate in the “Children’s Odyssey” race with teams of 3 or 4 dogs over 4 km , on the track taken 1 hour earlier by the world elite of mushers in La Grande Odyssée Savoie Mont Blanc.

Beyond the media impact of such an event, the Children’s Odyssey is first and foremost part of an educational process carried out before the race. During the fall, various actions of discovery of the mountain environment (trades and outdoor sports activities), writing, artistic creation will be set up with the children of the colleges of Taninges and Samoëns and of the primary schools of the resort and the valley.

See you on Monday January 10, 2022 in Praz-de-Lys Sommand to support our young mushers! 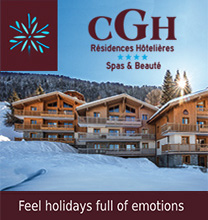